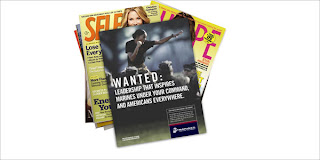 Hey, Ladies, “You’re mamma wears combat boots!” Taunted as an insult a generation ago, women in combat boots will soon be featured in women’s magazines. The marines are placing full page ads in women’s magazine’s such as Self, Shape, and Fitness in an effort to recruit women. But gals, don’t get on your soapbox about women’s equality, yet. This is an act of desperation, not of respect. At the same time the military is hoping to recruit more women, they are doubling their number of recruited felons. Lying in your foxhole next to you could be a convicted rapist, child molester, thief, even someone convicted of a terrorist bomb threat. Makes you wonder about an institution that feels more comfortable recruiting rapists than gay people, and about a nation that allows convicts to die in the name of democracy, but not vote in many of its states.
Posted by ASuburbanPrincess at 3:37 PM